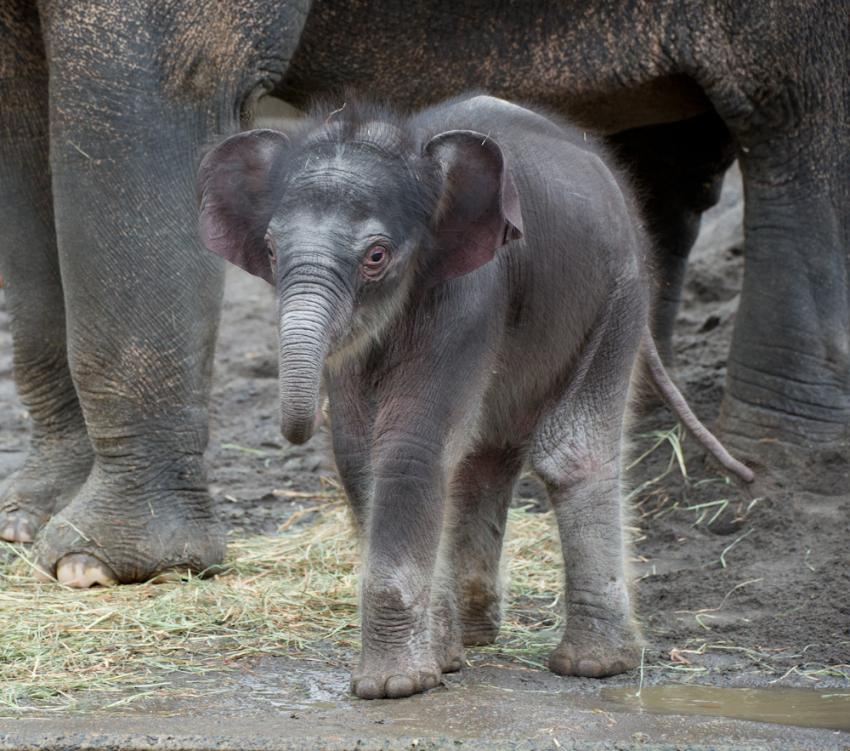 Lily — following the floral theme of her mom's name (Rose-Tu, or Rose for short) — was the overwhelming favorite among voters.

"The outpouring of support for the zoo and its newest resident has been incredible," said Kim Smith, zoo director. "We received more than 50,000 votes on the zoo website, plus a ton of e-mails, calls and Facebook posts. This community is definitely inspired by Rose-Tu's new calf."

Of the 50,764 votes received through Sunday afternoon, Lily received 30,037 — nearly 60 percent. Jaidee was the runner-up, receiving close to 21 percent of the online votes, while Rakhi was a distant third with a little more than 7 percent. Siddhi (6.5 percent) and Sirikit (around 6 percent) rounded out the ballot.

Lily, born Nov. 30 at 2:17 a.m., weighed a hefty 300 pounds at birth and has been described by zoo animal-care staff as a "spitfire." Most babies — human or elephant — lose a little weight just after birth, and at her last weigh-in Rose's new calf tipped the scales at around 294.

Introductions to the calf's herd-mates began the day after birth and continue to go well, according to Bob Lee, the zoo's elephant curator. Keepers say she is eating and sleeping well, and seems to have quite a personality.

"This calf's definitely not shy," Lee said. "When she and Samudra first met, she rushed up to him to touch trunks. Mom had to hold her back a little. She also made a big impression on her auntie Shine. Shine makes this cool chirping vocalization when she's excited. As soon as she saw the calf, there was a lot of chirping going on."

The Oregon Zoo is recognized worldwide for its successful breeding program for Asian elephants, which has now spanned 50 years. Rose-Tu's mother, Me-Tu, was the second elephant born at the zoo (just months after Packy in 1962), and her grandmother, Rosy, was the first elephant ever to live in Oregon.